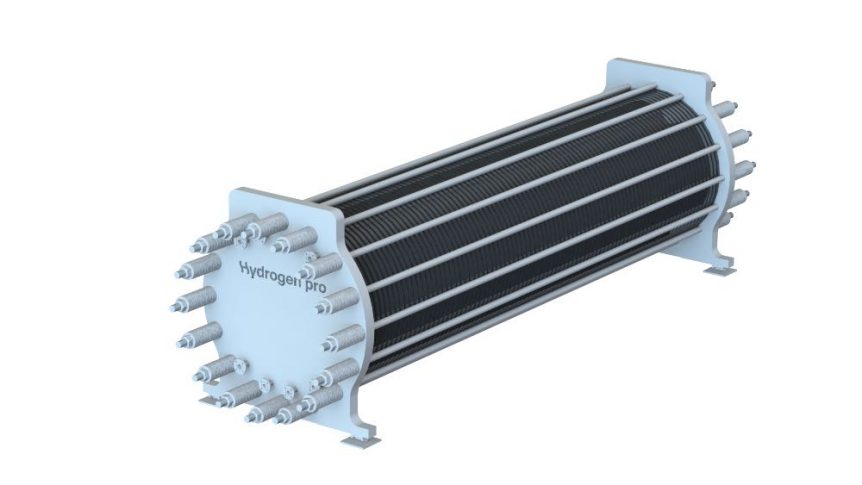 ABB has signed an order with HydrogenPro, a hydrogen plant company, to provide electrical equipment for the world’s largest single stack high-pressure alkaline electrolyser – a system that generates hydrogen by using electricity to split water into hydrogen and oxygen. Once deployed, at a specially built test facility in Herøya, Norway in 2022, the system will be capable of producing 1,100 normal cubic metres of green hydrogen per hour (Nm3/h).

Demand for hydrogen has grown more than threefold since 1975 and continues to rise, so scaling up technologies and bringing down the cost of production is vital to enable hydrogen to become widely used. With electricity making up around 70-90 percent of green hydrogen production costs, reaching a high level of efficiency is key to lowering production costs.

ABB’s scope will include an integrated electrical package comprising transformers, rectifiers, DC Chokes and Busbars. Hydrogen is very energy intensive to produce sustainably – everything in the production process, each little component adds a little bit of inefficiency, so this integrated portfolio approach will ensure that every single, possible improvement in efficiency is made.

The validation program will include rigorous testing to see how the performance criteria and efficiency of the electrolyser can be optimized. This will enable HydrogenPro to make further improvements to the electrolyser system before introducing similar technology on a long-term, large scale at similar facilities around the world.

This program into scaling and testing hydrogen technology to enable global decarbonization goals will pave the way for the launch of large green hydrogen plants in the future, which are key to reducing global CO2 emissions.

The ambition is to have the testing up and running at the beginning of the summer of 2022.