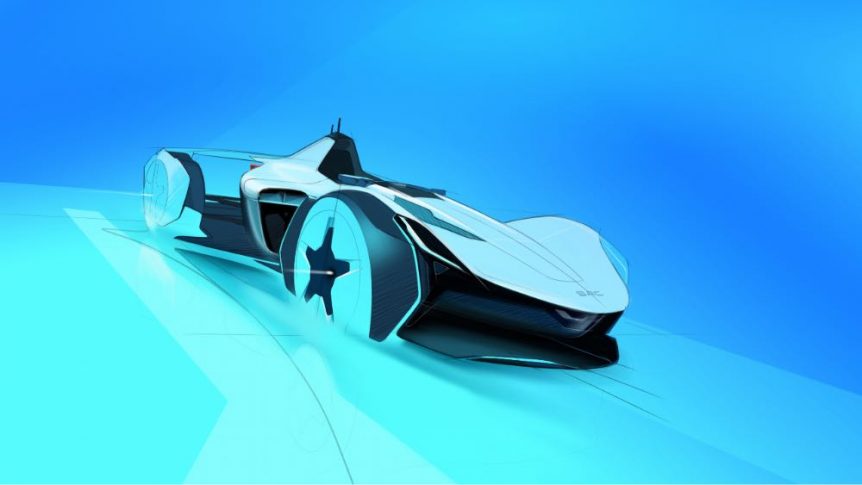 Viritech, developers of hydrogen powertrain technologies for the automotive, aerospace, marine and distributed power industries, secured a Niche Vehicle Network Feasibility Study grant, funded by the Office for Zero Emission Vehicles, to carry out a study into developing a hydrogen powertrain for niche vehicle applications. Working in collaboration with Liverpool-based BAC, manufacturers of the renowned Mono supercar, the resulting e-Mono concept continues to be led by BAC’s principles of uncompromising performance and driver experience.

One of the main challenges of converting a 555kg Mono supercar to zero-emissions is how to retain its ultra-lightweight, especially as converting to battery-electric (BEV) would make the car 50% heavier. In addition, while BEV cars can go just as fast as a petrol-engined alternative, the joy of a track-focused supercar is its agility and responsiveness through corners. Viritech and BAC set out to create a design for a ZEV (Zero Emission Vehicle) e-Mono that stayed true to BAC’s founding principle of making the world’s best driving car.

Viritech’s philosophy is to develop fuel cell drivetrains that are lighter, smaller, and more efficient than anything on the market, and BAC wanted to develop a ZEV powertrain that could be fitted within the existing chassis and body, while keeping weight to an absolute minimum. The e-Mono also had to achieve the same Silverstone lap time as the Mono R, if not better it.

It was accepted that the combination of a fuel cell, a hydrogen storage tank and a battery pack would be heavier than a petrol engine, but if kept to a manageable weight, it would not compromise the Mono’s legendary agility.

One of the main challenges was to fit a fuel cell powertrain into an existing Mono chassis, the next was to retain perfect weight distribution, and finally the completed car had to be housed within the confines of existing Mono bodywork.

The solution was to fit the battery pack element as far under the seat as possible, and by making the battery pack casing a structural component, it was possible to reduce the chassis footprint which increased available space. The fuel cell was then put above the battery pack, with its compressor hidden inside the air intake pod normally used for the petrol-powered Mono R.

The result is a battery pack which produces 265 bhp, with a fuel cell producing 107 bhp, and tiny 3kg motors on the front wheels which provides an additional 55 bhp per motor and all-wheel drive.

The design was put through a series of Digital Twin simulation tests, in which the e-Mono shaved two seconds off the Mono R Silverstone lap time (2.04.3 vs 2.06.3). The combination of fuel cell and battery resulted in the capability to run 10 fast laps of Silverstone between refuelling. On-road range is calculated at 166 miles on the official WLTP cycle, approximately 140 miles in realistic use.