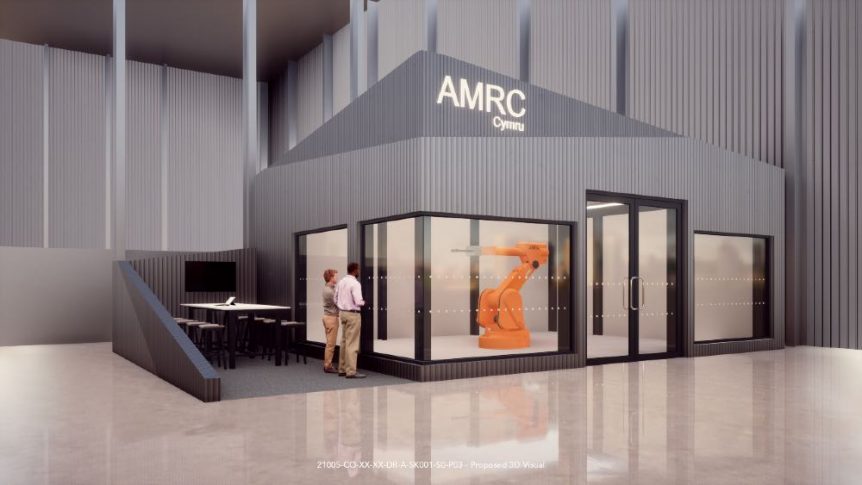 The University of Sheffield Advanced Manufacturing Research Centre (AMRC) is accelerating the decarbonisation of the transport sector and pushing the UK further down the road to net zero by de-risking the assembly and production scale up of hydrogen fuel cells for the aerospace, automotive and rail industries.

The £600,000 Hydrogen Electric Propulsion Systems (HEPS) testbed, based at AMRC Cymru in North Wales, will drive the industrialisation of the green technology by harnessing the AMRC’s expertise in design for manufacture in a fuel cell assembly testbed where Industry 4.0 technologies and in-process inspection techniques will optimise the assembly process.

Like battery electric vehicles (BEV), fuel cell electric vehicles (FCEV) run on a supply of electricity. However, whereas BEVs take hours to recharge to maintain that supply, FCEVs burn hydrogen which can be refuelled in minutes. The bi-product of the chemical reaction is water vapour which means that, in operation, fuel cells are a zero-carbon propulsion system that can produce electricity for as long as fuel is supplied.

The High Value Manufacturing (HVM) Catapult, of which the AMRC is one of seven centres across the UK, has funded the project which is specifically targeting seven industries: aerospace, energy generation, heavy automotive, off highway, public transport and rail.

Work on the HEPS testbed is being guided by an industry steering board which includes large global manufacturers including BAE Systems, GKN, Rolls-Royce and Toyota, alongside smaller companies such as electric vehicle manufacturers Wave Industries, Hypermotive and Riversimple. The board has been assembled by the AMRC to ensure that work is industry relevant and addresses real-world manufacturing challenges relating to this technology.

AMRC Cymru is a £20m cutting-edge R&D facility that opened in 2019 to provide an open innovation centre for manufacturers in Wales. Backed by the Welsh Government, AMRC Cymru is the first HVM Catapult centre in Wales.