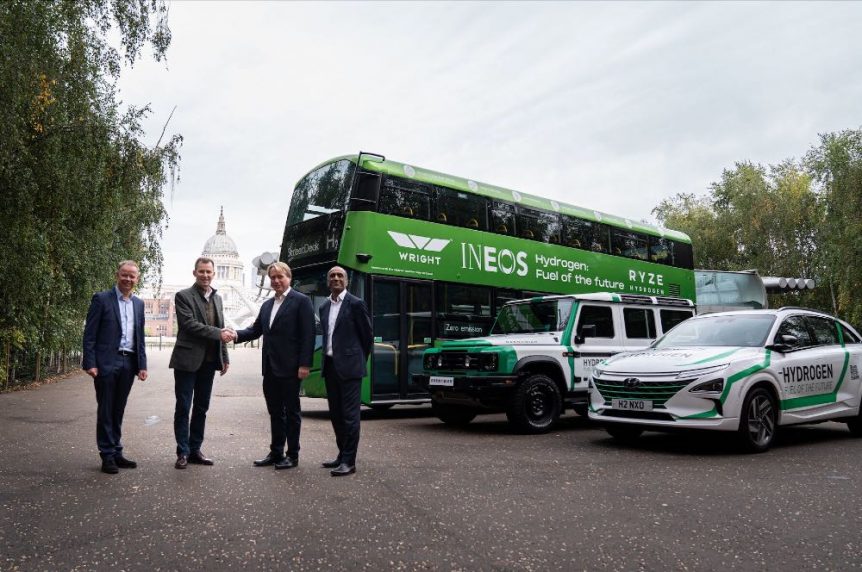 NEOS subsidiary INOVYN and Wrightbus recently announced the signing of a memorandum of understanding to increase the use of hydrogen across heavy-duty fleets in the UK, such as buses, construction vehicles and trucks. The companies have committed to work together to investigate opportunities for the deployment of hydrogen applications and technologies. Together they will work with the UK Government to realise the deployment of hydrogen which needs support on infrastructure, legislation, and investment.

INOVYN is Europe’s largest existing operator of electrolysis, the critical technology that uses renewable energy to produce hydrogen for power generation, transportation, and industrial use. The company is the UK’s largest producer of low-carbon hydrogen, which it has been safely produced alongside Chlorine and Caustic soda production at Runcorn for over 100 years and currently makes enough every year to fuel over 1,000 buses.

INOVYN operates gas storage and has extensive expertise in handling of hydrogen combined with its established know-how in electrolysis technology, putting it in a unique position to supply the fuel to the new emerging hydrogen economy.

Wrightbus, based in Ballymena, Northern Ireland, produces hydrogen FCEV buses. They have developed the world’s first hydrogen powered double decker bus which is equipped with a hydrogen fuel cell powertrain and its battery pack can store up to 48KWh that allows the bus to travel up to 280 miles,